Return of the 10th Planet 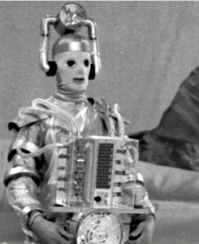 The BBC announced this week that the series 10 finale will feature not just Cybermen, but the original incarnations of the Cybermen. Other photos from the filming on location revealed other incarnations in the mix, too. My initial excitement was incredible to say the least. I have long been a fan of the original 10th Planet Cybermen and to see their return is something I’ve long hoped for. Their pale, fabric faces, their fleshy hands, and their haunting voices are all pure nightmare fuel.

However, my enjoyment and excitement soon gave way to trepidation and worry. I was reminded of a similar feeling from just a few years ago.

Do you remember Asylum of the Daleks?

Back in 2012, series 7 of Doctor Who opened with an episode bringing back the Daleks. All of them. The episode promised the return of all the old favourites, including my personal love and joy – the special weapons Dalek – which I love for its over the top ridiculousness. I even went to a special big screen showing in Manchester to watch, and sure enough, tucked away in a corer, was the special weapons dalek.