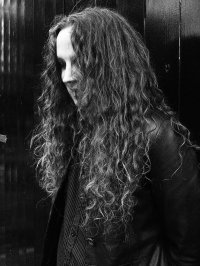 This week’s Writers of Fantasy Interview is with RJ Barker, who talks to us exclusively about his debut fantasy trilogy, Age of Assassins! I met RJ at FantasyCon by the Sea earlier this year and knew right from the get go that this is an author who is going places, so we’ve nabbed an exclusive with an author you should deffinately look out for.

If you’re an aspiring author yourself, this interview also touches on the writing process and beyond! Check it out!

Your debut novel, Age of Assassins, is coming out through Orbit next year (2017). What can readers expect?

STABBING. A lot of stabbing. And there’s intrigue and magic and then more stabbing in AoA (which is a quite a cool looking shortening). Also, Mystery. I love 1930’s crime and in a way AoA is based around that idea, sort of Agatha Christie[1]: you have a castle, a cast of characters and you know someone wants someone else dead.

Girton, the lead, is fifteen when we meet him and extremely capable. There’s a fluidity to the action sequences that I think readers will enjoy and they’re backed up by some real emotional heft. Girton himself is likeable, he’s funny and driven to do the right thing even when it’s not in his best interests. One of the first comments I had back was ‘I’d quite like to go for a drink with him[2]’ and I thought, yes, that’s what I’m after, this might be the one. Oh, and antlers. Antlers play a big part in it (as they should in EVERYTHING.)

How much writing of novel-length had you done before? And do you see common threads and themes in the kinds of things you enjoy writing about?

This is novel number four. The first was rubbish. The second I love but know needs reworking and probably has quite a niche appeal. The third, a space opera, nearly got picked up but in the end wasn’t really commercial enough. It might have been that I could have self published it or found a small press that would have taken a chance on it but when I first started writing seriously I’d made a promise to myself that it would be one of the a big publishers or nothing. It seemed like a completely ridiculous ambition at the time, but I’ve never been short on ridiculous.

As to common threads, I like outsiders but not outsiders in a strong, silent mysterious way. I tend to write people who are outside and wishing they could come in, but don’t know how to do that. Which I think is a feeling we’re all familiar with. And people who are good, because I think generally people are. In a lot of ways the difference between good and evil is more about how much of your own best interests you’re willing to put aside for others than it is about intent.